It never seems to last long enough—not just Christmas, but that whole golden season that starts with a glimpse of fun to come: DragonCon, Yellow Daisy Festival, even Blue Ribbon Affair, as small as it has gotten. Then the air starts to chill and the real fun starts: the Apple Festival, vacation, preparing for Thanksgiving and then for Christmas, days that go by in a twinkling on enchanted wings.

Our party is Saturday, and of course a few bright lights will shine: Valentines Day, Atomicon, Timegate on Memorial Day weekend, but otherwise it's all downhill from here. First it will get warm, then the pine pollen will choke us for weeks and blanket the landscape with its dirty, gritty yellowness, then the flowers will bloom along with allergies...and then it will be...ugh...summer and then, even worse, end of fiscal year (misery doubled).

Ah, well, maybe the snow will come through tomorrow...
Jotted down with a jingle by Linda at 10:48:00 PM 0 comments

This is a fabulous book I found in the Hamilton Books catalog; even more fab because the homefront they are speaking of is the British one, not the American. This easy-read of a history book portrays each Christmas from 1939 through 1944, with a postscript for 1945, with personal remembrances, recipes and advert excerpts, and even reports of what pantomimes, BBC Christmas Day programming, and sports were conducted during each Christmas season. As the years progress, you can see the decline in foods for feasting and goods for giving due to wartime rationing. The super bonus about this book are the photos and especially the period adverts and cartoons from newspapers and even the famous "Beano" peppering the text: everything from companies reminding people that their product will be back after the war to recipes for "mock goose" and "wartime mincemeat pies," dinners colored with colorful veg instead of fruits and instructions for home-made gifts like pin-on mascots made of knitting yarn. Super look at wartime Britain!
Jotted down with a jingle by Linda at 9:17:00 PM 0 comments

C is for Christmas Convocations (Continued)

We spent the rest of New Year's Day relaxing. I finished all my Christmas magazines—Victorian Homes was beautiful as always (and lots of simple decorating ideas) as well as Early American Life Christmas; the British Country Living was also quite nice, with articles about people who have Christmas-oriented businesses, like Christmas tree farms, and I even picked up the British Country Homes which had some very simple, pleasant decorations, like using red-and-white towels (no Christmas designs needed) to emphasize the Christmas theme; Cottages and Bungalows looked nice, but was a bit disappointing, with too many pale things; oh, and I bought O Magazine because Ellen made such a fuss to get on the cover, but sad to say I found it a little dull, with too much fashion—and we watched various things we'd recorded, like Conquest.

[Re O—when I was in Barnes & Noble the other day, I saw a British magazine called Women and Home. I have one of these from the 1980s, and have kept it because of the fascinating British-life articles, including a story about a woman who was an embroiderer who did robes for the Archbishop of Canterbury, with photos of a beautiful Pentecost robe with the "flaming tongues." I was so disappointed when I looked at the newest version: slick, glossy, like Cosmo and O, with lots of ads and articles about makeup and makeovers and fashion and clothing—ugh...nothing unique about it at all. How sad.]

Today we went down to Warner Robins to visit James' mom and sisters, and also his youngest sister and her husband, who were visiting from South Carolina. Between James' work schedule and Mom's work schedule, this was the first day we could get together; we even had to miss James' niece Nicki, who had to go home earlier in the week.

It was a nice, sunny day, but also very cold for Georgia: when we left it was in the 20s but with the wind chill making it feel like the teens. We made a slight detour to go by the hobby shop and bring Rusty a Christmas gift: a Confederate calendar with artwork done by Mort Kuntsler, who started out doing art on model boxes. Then we got on the freeway and headed south. Despite the new "Super Speeder" law, many people were just zipping along at the speed of light. Many "snowbirds" going down to the Kingdom of the Mouse, we assume, including a New York van that was simply encrusted with salt from top to tire. Once I was out of Virginia I would have run that thing through a car wash. My dad tried to get his car washed every week during snow season; the salt is terribly corrosive.

We stopped in Jonesboro at the complex where BJs/Books-a-Million is, to hit Wendys for something to eat. Well, yeah, we also went into the bookstore. I found the January Country Extra (more snow photos!)—no more until fall now—and a Robert Fulghum book I didn't even know existed from the $3 last chance shelf. Haven't read any Fulghum in ages.

Arrived at Mom's a little after noon. Instead of making dinner, we had little finger foods—chicken wings, veggie and fruit tray items, the peanut pork rolls James made, pigs-in-blankets, little meatballs, etc.—and watched NCIS while waiting for James' younger sister and her husband all afternoon (they just moved and their clothes dryer wasn't working properly). I've seen NCIS before—it was a show my mom liked and reruns were a godsend the six weeks I was up there in May 2005 (along with the various permutations of CSI) since she had no cable and I absolutely loathe reality shows—but I think that's the most I've ever watched of the series at one time. I love Abby! And of course "Ducky" (heck, I remember when all the girls swooned over David McCallum back when he was in The Man From UNCLE).

We headed home about 7:30 and didn't get home until wayyyyyyyy after ten because of 20 stupid miles between the Tanger Outlets and the split to I-675. It was stupid because there were no more cars on the road as there had been south of Tanger, but there it was the speed limit and whap! at Tanger it was stop-and-go until a half mile before the split. A lot of traffic went off right to the split, but in reality it looked like "poof!"—block gone! What a pain! 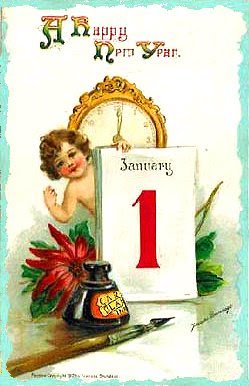 from all of us here:
Linda
James
Willow
and of course
Schuyler
Jotted down with a jingle by Linda at 2:21:00 PM 0 comments