Silent Knife, Shelley Freydont
In this second of the Celebration Bay cozy mysteries, town events' manager Liv Montgomery is overseeing what plans to be the most beautiful Christmas the town has known. The square will be nostalgically dressed for the holiday season and all sorts of events are planned, but there's one fly in the ointment: the tacky new Christmas shop that has opened right on the square, spoiling its cozy nostalgia with windows festooned with drunken reindeer, beer-belly Santas under palm trees, and other tacky and inappropriate decorations, with the proprietor a grumpy Scrooge of a woman. Just when the town inhabitants think things can't get any worse, the man the owner of the Christmas shop hired to play Santa Claus has his throat cut in the store during the town Christmas parade.

Freydont populates her town with people you'd love to know: the friendly bakery owner who cooks delicious treats (even for Liv's West Highland White terrier), the gregarious coffee shop owner, the nurturing quilt shop owner, the ex-hippie natural gift shop proprietor, a friendly good ol' boys club of a town council, two darling elderly ex-schoolteachers, Liv's 60-ish assistant Ted who has daily "singing" bouts with Whiskey the terrier, the bewhiskered older man who always plays Santa Claus so well, one bitchy ex-events' manager (well, there had to be one unfriendly person in town), and even a sexy but usually diffident newspaper editor. The mystery is reasonably convoluted (although you know the nice people who are accused can't possibly be guilty of the crime), the Yuletide atmosphere so Christmassy it will make you hear jingle bells and shiver against the chill, and personal attractions begun are continued.

Readers of police procedurals and Nordic noir, take note: this isn't your bag, but if you're the type of person who likes cozies and Christmas, this book will be perfect for your holiday reading. It even ends up with a meal so luscious it will make you hungry, and some mistletoe. Enjoy!
Jotted down with a jingle by Linda at 10:42:00 PM 0 comments 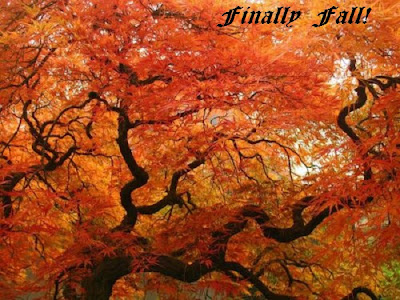 Unplug the Christmas Machine, Jo Robinson and Jean Coppock Staeheli
The Christmas Survival Book, Alice Slaikeu Lawhead
These two books were originally written within three years of each other (1982 and 1985, respectively; the Lawhead book originally titled The Christmas Book), and revised in the early '90s, and are virtual bibles for trying to change the conception of Christmas from a holiday of spend-spend-spend and false promises about what the holiday will provide. Lawhead does quote from Christmas Machine: the memorable "Ten Hidden Gift-Giving Rules," which are uncomfortably true. Both books address the same topics (children stoked with toy commercials who compose incredible Christmas lists, the reality of Christmas as opposed to the dream vision given to us by advertising, the fact that Christmas doesn't reform unpleasant families or crises) and even supply their own fictional tale of Christmas woe (Machine's updated version of Christmas Carol and Lawhead's Christmas Eve fantasy vs. reality). Machine provides a large appendix of alternate gift suggestions, addresses how men feel left out of Christmas celebrations and women feel overworked, and suggests ideas for simpler Christmases. The Lawhead book emphasizes spirituality more, even including a chapter of how churches unconsciously add to the burden of Christmas by scheduling too many events. It also mentions how traditions can be meaningful—or a burden. I was also happy to see that she talks about extending Christmas activities into Christmastide itself and through Epiphany, and there are suggestions for non-alcoholic New Year's Eve activities.

Even though they cover some of the same ground, the two writing styles are very different; both, if found, purchase both.
Jotted down with a jingle by Linda at 8:45:00 PM 0 comments

Just when I thought summer would never end, September slipped in the door in the midst of DragonCon. You couldn't have told it by the weather, which has remained hot and steamy. But a few autumn magazines have already strayed my way, and the sky knows it's autumn if the sun does not. Today I found a Christmas magazine from the publishers of "Country Sampler." And I've been reading the first of my three pre-Christmas reads, Celebrate the Wonder: A Family Christmas Treasury.

It's usually the first because it talks about planning for Christmas as early as September, which may make some blanch, but Christmas has turned into such a circus of excess, and even more in the intervening years since this book was published in 1988, that it feels like you must start planning the holiday as if it is a military campaign. Never fear, this book makes planning a gentle thing; the authors' sole purpose is to start you thinking early, with gentle meetings, musical interludes, and thoughtfulness, so that your December does not become a frantic, stressful rush. The volume is Christian-centered, which may turn off some readers, but if you are more a secular celebrant there are many good ideas for simple crafts, ethnic dinners, and tons of snippets about the history of Christmas celebrations and about celebrations in other countries. While many of the illustrations are clipart-type simple line drawings, the book also features some wonderful 19th century engravings from Thomas Nast and other Victorian artists. One of my favorite parts are the bits of poetry quoted throughout, from unfamiliar European carols to familiar passages from A Christmas Carol. It makes you want to pick up a book of holiday poetry.

These days there is also a wonderful nostalgia factor to the book, as it was written just as the internet was aborning. Catalog shopping has been replaced by web surfing, but in the end the results are the same. If you have a chance to pick up this mellow volume at a used bookstore or library sale, it still has something to say to today's Christmas celebrants. My only quibble with it is that it does not address anything after New Year's, although Epiphany and its cast of characters (La Befana, Babouska, the Little Camel, etc.) are talked about in earlier chapters.
Jotted down with a jingle by Linda at 10:27:00 PM 0 comments