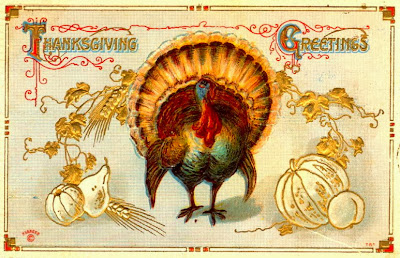 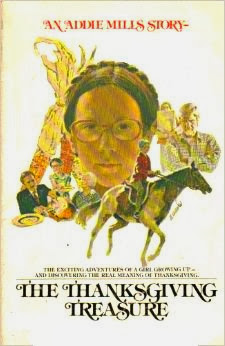 Everyone of a certain age remembers the 1972 "little special that could," the low-key The House Without a Christmas Tree. It remains a fond Christmas memory along with the other Yuletide offerings of the 1970s, especially The Homecoming: A Christmas Story (which ended up being the pilot film for The Waltons), and was even parodied on a Saturday Night Live skit. Fewer people, however, remember that there were three sequels, set at Thanksgiving, Easter, and Valentine's Day, respectively.

The most memorable of these was probably the first sequel, The Thanksgiving Treasure, originally broadcast in 1973. It is now eleven months since the events of House Without a Christmas Tree, and on a excursion with her father, eleven-year-old Addie Mills meets her father's bete noire, a cranky elderly farmer named Walter Rhenquist. Earlier, Addie's father had dug a pond for Rhenquist, although James Mills advised him the pond was not in the right place. When the pond leaked, Rhenquist didn't pay James the remainder of his fee.  The two have been feuding ever since, and they have a lively quarrel at the gas station where Mills has stopped for fuel and Addie for air for her bike tires. Later, on an expedition with her best friend Cora Sue to find plants for a winter bouquet, Addie checks out Rhenquist's farm and discovers the old fellow owns a pinto mare. Addie is horse-crazy—the story opens with her ecstatic upon receiving a picture from Hollywood of Roy Rogers and Trigger—and immediately befriends the horse. But how can she visit it again if Rhenquist hates her family so much?

On the next day of school, the children are studying about Thanksgiving, and Addie takes to heart a lesson her teacher gives about making friends of ones' enemies (and of course, she can visit the horse to boot)! Since she can't get her father to invite his old enemy to dinner, she talks Cora Sue into helping her take leftovers from the Mills' Thanksgiving dinner out to Rhenquist.

This is a delightful and touching special in so many ways. People find it (as they did in the earlier special) disconcerting that the story was filmed on videotape and has that "soap opera" look. On the other hand, the fact that it was filmed in that manner almost makes it look as if you were watching a reality series and peeking into a window at 1947. The period look is so well done: the shabby but homey Mills house, with its faded wallpaper, linoleum floor, painted kitchen table and chairs, quaint parlor furniture; the school with its wooden desks and big wall of windows; the radio play that the children put on, which is so packed with the rote facts children were told then, with the children hamming it up as turkeys at the end; the sere fields of a farm town in Canada standing in for 1947 Nebraska, with Rhenquist's lonely farmhouse and an old-fashioned general store and gas pumps.

I've always loved that Addie herself is not one of those cute little moppets that so frequently appeared on television in that era (and still appear today), with cute faces, freckles, and precocious smart remarks. She is a prickly, imperfect heroine who can be unsympathetic to her best friend—"dodo" is a familiar criticism—but who underneath is a good-hearted, intelligent child whose slightly deceptive reason for befriending Rhenquist (to then befriend his horse) blossoms into a near-granddaughter relationship with the crusty codger, played with curmudgeonly perfection by character actor Barnard Hughes. There are also humorous situations, but they're not deliberately cutesy; instead it flows from the personalities of the characters (in one sequence, for instance, when Addie states to her dad that her teacher Miss Thompson has said they should make friends of their enemies, James snaps back, "Well, tell Miss Thompson to have him for dinner—boiled!" which is such a classic James Mills line), not to mention the devil's bargain Addie has to make with her pesty cousin Henry and its so-right conclusion.

Gentle stories like these don't seem to hold the attention of modern audiences much, except for a few favorites like A Charlie Brown Christmas, and it's a pity this is not a television tradition (as well as its predecessor) alongside perennial favorites like the Grinch and Rudolph. There's a videotape of this story sold under the title The Holiday Treasure, and if you happen upon one, do pick it up. If you like slice-of-life stories that can be sentimental without being sloppy, this little gem is definitely for you.
Jotted down with a jingle by Linda at 11:48:00 PM 0 comments

Not only is the first full day of Hanukkah on Thanksgiving Day for the first time since 1888, but it's the sesquicentennial of Thanksgiving being a national holiday.

Give Thanks for Old Plymouth Rock (or Plymouth "pebble")

Five Myths About the Pilgrims

Will The Balloons Fly This Year?

The True Meaning of Thanksgiving Day (and it's not shopping)

A Recipe for Thanksgivukkah

Thanksgivukkah Spawning Menurkeys
Jotted down with a jingle by Linda at 8:57:00 PM 0 comments

May the Light of Peace Be With You

Happy Hanukkah to all those who celebrate!
Jotted down with a jingle by Linda at 5:10:00 PM 2 comments 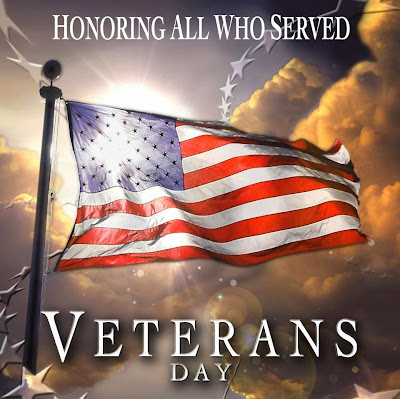 Happy Remembrance Day to all in Canada and the United Kingdom.

"Never in the field of human conflict has so much been owed by so many to so few." ... Winston Churchill
Jotted down with a jingle by Linda at 11:00:00 AM 0 comments 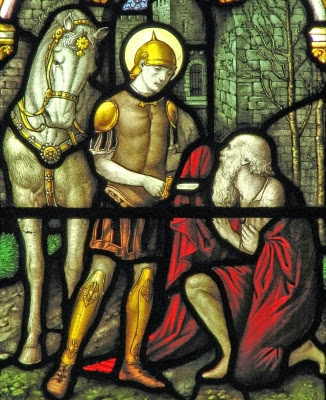 St. Martin of Tours is most famous for the story of his cloak: seeing a shivering beggar in the cold, he used his sword to split his riding cloak in half so the poor man might have some relief. Only afterwards did he find out that the man was Jesus in disguise. Later Martin converted to Christianity and became a monk.

A Martinmas Circle - Seasons of Joy

Advent, like Lent, was once a 40-day period of fasting and prayer (Sundays were excluded), and it began on Martinmas.

Celebrating St. Martin's Day in Germany
Jotted down with a jingle by Linda at 7:58:00 AM 0 comments

...and what does it have to do with Hallowe'en? 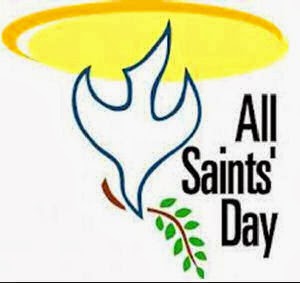