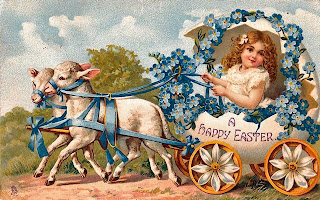 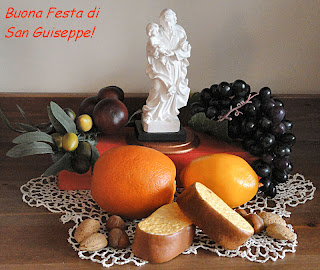 We think of it here as Willow's birthday*, so there isn't much "wearin' o' the green," especially since James is mostly Scottish and I'm Italian. :-) Been watching clips of St. Paddy's Day parades this morning, and reading Facebook posts, including nostalgic photos from the Providence Journal.

I've never been much on St. Patrick's Day as an adult, though, due to the emphasis on drinking to excess, but do remember with much nostalgia the programs at school, where we danced Irish jigs and cut out shamrocks to decorate the classroom, and, in junior high school, bought and wore green carnations. And, of course, you always wore green, even if it was just a pin or an armband. Surprisingly, the Atlanta PBS stations, which were overflowing with Irish specials last year, are devoid of anything similar this year except for an upteenth Celtic Thunder rerun and a series on Catholicism. (Yo! When do we get series two of Call the Midwife?)

Kinda blank in here since Epiphany, but frankly I haven't felt much like celebrating. Been going through an emotionally difficult time at work due to the reorganization, and, tiresomely, caught the flu over Valentine's Day week, so no celebration, no decorations, and no Valentine posts. Sleeping late seems to be the chief amusement desired here.

* We actually don't know when Willow was whelped. We got her on the last week of May, and they told us she was ten weeks old, so I counted back to a date I could remember. :-)  Schuyler has the same deal: she was just a new baby when I bought her on the Friday of Memorial Day weekend, so I counted back a month and picked out another date I could remember (April 23, St. George's Day and Shakespeare's birthday).
Jotted down with a jingle by Linda at 11:04:00 AM 0 comments

A Little Christmas Spirit for the Upcoming Sneezy Ordeal of Spring

Everlasting Christmas Movie Montage - Happy Holidays!
Jotted down with a jingle by Linda at 8:27:00 AM 2 comments