This month's books are about having the Christmas you want, not the one you're told you should have.

Unplug the Christmas Machine, Jo Robinson and Jean Coppock Staeheli
The Christmas Survival Book, Alice Slaikeu Lawhead
I like to pull these two books out before the holiday season gets up too much steam to remind me that the Christmas season is what you make it, and not what the advertisers, the magazines, and the media tell you what it's supposed to be.

In its strictest sense, Christmas is about the celebration of the birth of Jesus and the beginnings of Christianity ("Christ's Mass," after all). We really don't know when Jesus was born, but so that it was more easily acceptable to people who were not Christians (in the hope these people might convert), an early Pope attached this feast to the Roman celebration of Saturnalia, a time of the year when the light was dying but was given over to feasting, dancing, and other celebration. Non-Christians in the north called this same celebration "Yule," where we get the word "Yuletide" for a Christmas season synonym. Sound familiar? Sure it does, because that's what the broader celebration of Christmas is today: eating a delicious meal, visiting with friends and family, noise, music, lights (all December holidays, from Christmas to Hanukkah to Kwanzaa to St. Lucy's Day emphasize light in some fashion, since the winter solstice will bring the longest night of the year), alcoholic beverages, and most of all gifts, which was a holdover custom from the Romans, although they gave them at the new year.

Early Christians actually disowned the holiday. "Christ should not have his birth celebrated as if he is some King Pharaoh!" was one of the comments. Later Christians complained bitterly about its licentiousness. It was pretty much a holiday that allowed too many liberties, like cross dressing, eating and drinking to excess, and clandestine sexual activity. You might decry them as being a bunch of Puritans, but these Christmas revelers did things that would be considered illegal today. For instance, what we think of as the quaint, sweet tradition of caroling was originally carried out by young men who expected a shot of something alcoholic at each house. Even in those days when everyone drank "small beer," even small children, because the water was so polluted, and all became accustomed to some alcohol in their systems, after several home visits these young men would be dead drunk. If they knocked on your door and you chose not to answer, or chose not to give them a libation, they might break in, break your windows, or otherwise vandalize your house. Women or anyone who the young men thought might have money on their person were not safe to travel alone. It was only until Christmas morphed into the child-centered gift-giving celebration we claim it is today that these behaviors were checked (and even then old habits died hard: long into the early 20th century it was still common for young men to get dead drunk on New Year's Eve, to the point that some of them passed out and froze to death in chillier climes).

Today there's more pressure than ever to have "a perfect Christmas." This means you must entertain flawlessly, with beautiful table settings and expensive food; buy your spouse/significant other and children costly gifts to show that you love them; stuff yourself with every goodie known to man, foodwise and alcohol wise, to properly appreciate the season; and generally spend lots of money, even if you have to go into debt to do so.

These two books remind you that all that is whitewash to sell products, that Christmas isn't about $2000 tennis bracelets, matching SUVs, drinking yourself silly on expensive champagne, stuffing rich food into yourself. They also remind you that fictional stories always require a happy ending, but that Christmas won't fix the problems you have with your life: little Christmas elves or Christmas Spirit aren't going to make your Dad stop drinking, your Mom criticizing your housekeeping; it won't bring back your estranged sibling or spouse, and it can't cheat death. Those things only happen in movies or in the few miracles we're allowed.

Instead the authors talk about having a Christmas that suits you, with no ideal to live up to. You can have a lively noisy holiday with family or friends, or you can celebrate with one person, or alone. You can give fancy gifts if you can afford it, or what your budget will allow, or no gift at all. There's no requirement that Christmas live up to magazine ads, television commercials, and Hallmark films. Nor is there any requirement that Christmas stop dead at 11:59 on December 25, leaving you to cram all your Christmas activities into the short season between Thanksgiving and the big day; go ahead, do as your ancestors did and celebrate all the way to Epiphany (just ignore all those Valentines Day cards and candy that suddenly appeared on the 26th)!

While both books make the same point and offer good suggestions, I like having both and suggest both be procured if the subject interests you. The Lawhead book focuses a little bit more on the Christian celebration, but there is no proselytizing and the church suggestions can just as easily be used for organization, club, or work situations. Both books were published in the early 1990s, so there's no reference to internet sites, but the basics can easily be looked up online. I especially enjoy Lawhead's prologue "What is Christmas?" which starkly compares the idealized holiday we get from the media versus its real-life counterpart.

And both include the same message: Slow down. Savor. As we would say today, Be Mindful. Enjoy.
Jotted down with a jingle by Linda at 1:13:00 AM 0 comments

"Fall of the Year" 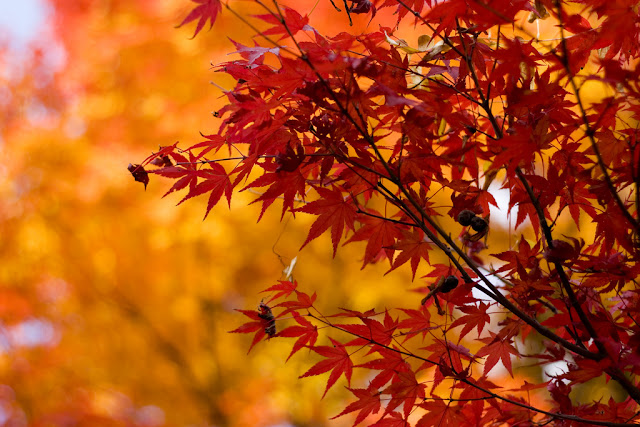 The world's on fire in the cold clear air
The world shouts Autumn everywhere
All the little animals began to grow more fur
All the summer birds began to fly away,
The little grey kitten came out of the wind to purr
And the leaves blew away. All in one day.

Darkness came before the night
The air grew cold enough to bite
Chrysanthemums were shaggy yellow
The leaves turned red
The leaves turned brown
The tumbled all over the frosty ground
The worlds on fire in the cold clear air
The world shouts AUTUMN everywhere.

--Margaret Wise Brown
From A Celebration of the Seasons 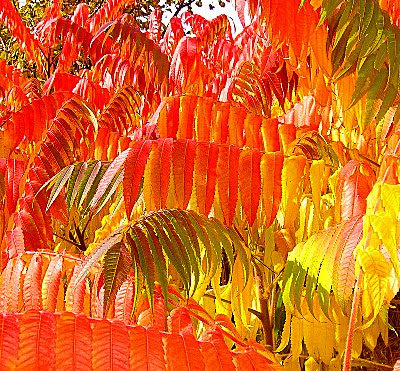 When Jack wakes in the morning,
In these sweet autumn days,
He sees the sumac burning
And the maples in a blaze,
And he rubs his eyes, bewildered,
All in the golden haze.
Then: "No. They still are standing;
They're not on fire at all"—
He softly says, when slowly
He sees some crimson fall,
And yellow flakes comme floating
Down from the oaks so tall.
And then he knows the spirit
Of the sunset must have planned
The myriad bright surprises
That deck the dying land,—
And he wonders if the sumac
And the maples understand.

It's a Real Thing!

I've always wondered what you call people who had the opposite of SAD, because that's me. And then, voila, there I am reading The Morville Year (sequel to the lovely The Morville Hours by Katherine Swift, about a British woman who restores a garden at a beautiful country home) and this pops up:

"I sometimes think that, like the peacock butterflies, I undergo a period of diapause in late summer—defined by my Collins Field Guide to Butterflies as 'a period of suspension of activity or development.' The more familiar form of diapause is hibernation (from the Latin word for winter). Midsummer diapause is called aestivation (from the Latin 'aestas,' meaning summer), and is defined as 'a state of torpor in summer heat or drought.' That's me, all right. People who suffer from SAD syndrome (Seasonal Affective Disorder) have the opposite problem: they experience a waning of vitality and lowered mood at the onset of winter, a condition linked by some doctors to an atavistic need to hibernate. Where as at the first nip of frost my spirits start to soar."

Aestivation. That's me, all right, too! So when I'm miserable in summer, it's a real thing. I'm aestivating.
Jotted down with a jingle by Linda at 5:05:00 PM 0 comments 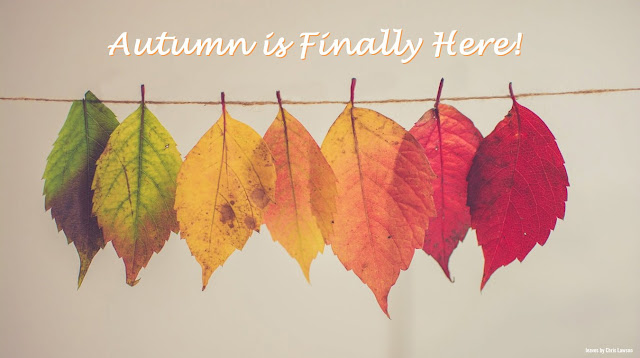 Ninety-one days. Nine tens followed by a one. That's how many 90°F-plus days we have had in Atlanta this year. The latest one was Friday. We set records on October 2, 3, and 4 for highest temperature in October, and had lunch at O'Charley's with friends on a Friday so hot that the metal door handle was blistering and I had to wait for one of the O'Charley's folks to hold it open for James.

Then, with a click of a switch, it was over on Saturday morning. We rose to a Saturday morning cool and silky, with a little breeze, so that we drove to the Hallmark October ornament premiere with the windows of the truck down.

After all those mornings of having to chivvy myself from bed early to walk the dog before the sun topped the trees in the back yard (and not succeeding really well, as I have been feeling really terrible this summer), this morning was like heaven! It was 62° and cloudy, a nice grey high-perched cloud blanket overhead, with just the tiniest bit of a breeze. It's on these mornings that I feel like I could walk forever—alas, that gives out about halfway during the walk and my back lets me know it. Nevertheless, Tucker and I had a nice long walk, the whole street including the upper cul-de-sac, then out to Smyrna-Powder Springs Road and across the street to the little white Baptist Church and across the front, then back down the street all the way to the daycare center and then across the street again so we could walk down a sidewalk, all the way opposite the home we call "the guy with the pretentious fence" (it's an ordinary split level house, but they have a fence that looks like it belongs around a McMansion in Buckhead, painted steel blue and trimmed in gold no less). Also walked around the parking lot of the daycare center twice. Did 1.7 miles, and I only started to perspire on the inward leg. Excellent.

It's still going to be wavering around 80 during the next few days, but the mornings will be in the 60s, and anything is better than the scorching, blazing, sweltering, smelly 90s.

Crossing fingers and looking forward to the book sale on Friday. 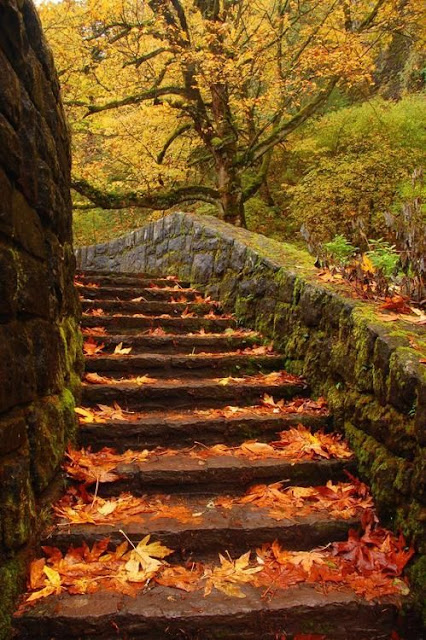 October gave a party;
The leaves by hundreds came—
The Chestnuts, Oaks, and Maples,
And leaves of every name.
The Sunshine spread a carpet,
And everything was grand,
Miss Weather led the dancing,
Professor Wind the band.

The Chestnuts came in yellow,
The Oaks in crimson dressed;
The lovely Misses Maple
In scarlet looked their best;
All balanced to their partners,
And gaily fluttered by;
The sight was like a rainbow
New fallen from the sky.

Then, in the rustic hollow,
At hide-and-seek they played,
The party closed at sundown,
And everybody stayed.
Professor Wind played louder;
They flew along the ground;
And then the party ended
In jolly "hands around."
Jotted down with a jingle by Linda at 1:49:00 AM 0 comments