I was guest blogger today on Christmas TV History's "Animation Celebration" for Christmas in July:

I still can't believe it was time for the Hallmark ornament premiere already...the days go by so slowly, but the weeks go by so quickly.

We arrived at the store just after they opened; a man and woman were just exiting the store with a big bag, and the guy said to James, "You're late!" No, we were very, very early, as this is probably the first Hallmark ornament premiere ever that James was more eager to get to than me! The airplane this year was a GeeBee, of the color markings that Cliff "The Rocketeer" Secord flies at the beginning of the movie, and they also had an ornament of Santa Claus testing out a rocket launching kit. He also bought the Kelvin from the Star Trek reboot and the little airplane "Dusty" from Disney's upcoming sequel to Cars (called Planes, of course). And Marvin the Martian...just because. But the store was completely out of the cute little "Captain Nello's ray gun," a darling item with fins that made all sorts of retro ray gun sounds. Since we were the second people in the store, we figure the guy and the gal coming out of the store as we came in had copped every one of them.

I only bought four ornaments, but two of them were big: I got the "Steamboat Springs" "ornament" (in quotes because, really, it's too big for the tree) that plays a country version of "Good King Wenceslas" as a little train circles a mountain on one side and a steamboat paddles about in a lake on the other, and the Mickey Mouse "Band Concert." I'm not a Mickey collector, but it was a zoetrope, and I'm crazy about old motion picture machine toys. I also bought the "French hen" ornament and the Rudolph ornament. They also had a big rack of previous years' ornaments marked way down; I got a set of six miniature "International children" (although if I add any more ornaments to the miniature tree, it's probably going to collapse), the Where the Wild Things Are ornament for the library tree, and, since it was buy two half price and get the third off, another ornament as a gift.

(Maybe it was because it was early, but this was really a rather lackluster ornament premiere on the store's part. Usually they have several goodies and big pitchers of drinks or punch. Today was a cookie "cake" and two small containers of tea and lemonade.)

This wasn't getting James a ray gun, though, so after we finished at Trader Joe's, we took the most direct route to the Hallmark store at Town Center. There were lots of ray guns there, and James also decided to get a "KITT" from Knight Rider, especially as it does have William Daniels' voice. I didn't buy any more ornaments, but did get hooks and adapters, so perhaps this year our space ornaments will make sounds again (they don't work with our present string of lights), and found Hanukkah cards on discount.

Matched with an overcast sky and a breeze, it was probably the nicest July ornament premiere in years.
Jotted down with a jingle by Linda at 11:54:00 PM 0 comments 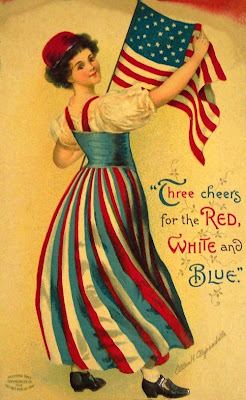