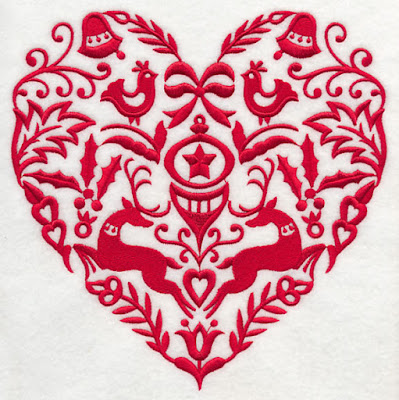 The Birds' Christmas Carol, Kate Douglas Wiggin
"Her cheeks and lips were as red as holly-berries, her hair was for all the world the color of a Christmas candle-flame,her eyes were bright as stars, her laugh like the chime of Christmas bells..."
Wiggin is most well-known for her championing of the kindergarten movement and her timeless character Rebecca Randall, the girl from Sunnybrook Farm, but another of her perennial favorites is this short tale of little Carol Bird, born on Christmas Day and named after the songs playing as she was born. As in the manner of so many Victorian children, Carol is a sickly child and lives an invalid life in her room, which is as fine as her father and mother and three older brothers could make it. She occupies part of her shut-in days watching a big family of poor Irish children play outside. On her tenth birthday, she has the idea to invite the little Ruggles children for a Christmas surprise.

While very quaint and with a rather typical heartrending "invalid child" plot, this is nevertheless a sweet holiday story along with a soft story of unselfishness. It's also a lovely window on how Christmas was celebrated in the 1880s.

The Story of Holly and Ivy, Rumer Godden
"This is a story about wishing..."
Holly, a little Christmas doll, is the newest toy in Mr. Blossom's toy shop in the village of Aylesbury, dreams of having a little girl of her own on Christmas Eve, if nothing else to escape Abracadabra, the scoffing stuffed owl who all the other toys are afraid of. Ivy, an orphan at St. Agnes' Orphanage, doesn't even get chosen to spend Christmas with a kind family; instead Miss Shepherd is sending her to St. Agnes' infants home for the holiday. But Ivy instead gets off the train in Aylesbury, where she stubbornly insists she has a grandmother. And Mrs. Jones, the childless wife of the Aylesbury police constable, wakes up Christmas Eve wishing for a little girl.

Well, of course it works out just as you think it might, but it's the getting there that's all the fun. In simple language that can be understood by the youngest child but with great use of words, Godden describes Ivy's and Mrs. Jones' loneliness to perfection, and her account of the wonderful toy shop and the village market makes you long to spend the holidays in a small English town. I have the Scholastic reprint of the original novel, which is illustrated with inventive and thematic red and green pencil drawings, but there's also a version illustrated by Barbara Cooney that's very nice (although for some reason the name of the town has been changed to Appleton). You don't have to be a child to enjoy this luminous Christmas tale.

The Thirteen Days of Christmas, Jenny Overton
I don't remember where or when I found this book, probably on a Borders remainder pile, but I hadn't read it in a while and had forgotten how funny it was.

After the death of their mother, Prudence, Christopher, and James Kitson, plus their father, are at the mercy of their elder sister Anne (who prefers to be known as "Annaple" because it's a more "romantic" name) whose mind wanders to fantasy thoughts while she's cooking, with most of her meals turning out inedible. Wealthy Francis Vere is in love with Annaple, but, stoked by fairy tales and lush romances, she thinks Francis rather dull. When the children confer with Francis about what to get Annaple as a Christmas gift, they tell him to be imaginative—and on Christmas morning, Frances shows up with a unique present for his persnickety love: a trained partridge in a miniature pear tree. But it's only the first day of Christmas, and there are eleven more surprises in store.

Overton mixes long-abandoned Yuletide customs, when each of the twelve days of Christmas and Epiphany had their own meaning and celebrations and even their own carol, with the hilarious story of mercurial Annaple and her very serious suitor, who takes the Kitson children's ideas and turns them into an inventive method of courtship that gets funnier and funnier as each day dawns and the neighbors start to turn out to see what will happen next. The songs quoted are authentic medieval music and old customs like the Boy Bishop, blessing of keys, "churching day" (bringing the baby Jesus into church and singing a lullaby to Him), lighting fresh candles on New Year's Day, etc. take place. (Actually, this probably takes place after 1582, when the Christian church re-established January 1 as New Year's Day. Before that, celebrating New Year on that date was considered pagan.)

This would be a great book to start on Christmas Eve (the first chapter takes place on St. Nicholas Day, but it probably could be read together with the Christmas Eve chapter) and then read one chapter each day for the twelve days and and Epiphany.

Plus the ultimate romantic Christmas short story: "The Gift of the Magi"

(You can find the pattern for the pretty heart here!)
Jotted down with a jingle by Linda at 11:57:00 PM 0 comments

Will You Be My Valentine?

A diamond (and the bill for it) is forever? 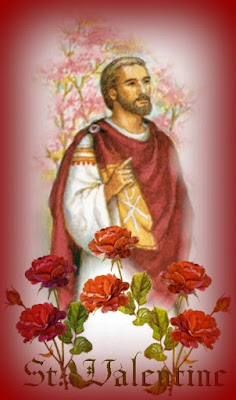 Let's have some fun and information for Valentine's Day instead.

39 Vintage Valentine's Day Card Fails (there are more than 39)

Single on Valentine's Day? Who Cares?

Celebrating Valentine's Day With a Box of Chocolates

How Chocolates and Valentine's Day Mated for Life

Happy Valentine's Day: I Hate You 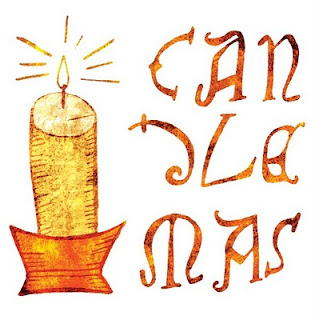 February 2 has many names. In the Christian calendar it is Candlemas, Feast of the Presentation of the Lord, which commemorates the presentation of Jesus Christ in the temple, and the purification of the Virgin Mary (a ritual performed the traditional forty days after a boy's birth). Called "Candlemas" because the church's candles were blessed upon that day, you were supposed to toss your used candles and light a fresh, blessed candle instead. (Presumably if you could afford to do so!)

Candlemas: From Time and Date

Robert Herrick wrote this classic rhyme about Candlemas Day, which was the final day one could keep up Christmas greens without calling down bad luck upon oneself!

Down with the rosemary, and so
Down with the bays and mistletoe;
Down with holly, ivy, all.
Wherewith ye dressed the Christmas Hall;
That so the superstitious find
No one least branch there left behind;
For look, how many leaves there be
Neglected, there (maids trust to me)
So many goblins you shall see.

February 2 is also a ritual feast day in pagan circles, Imbolc. The goddess Brigit's day falls on this date. Many of the traits of Brigit have been carried over to the Irish St. Bridget or Brigid, also called Bride. 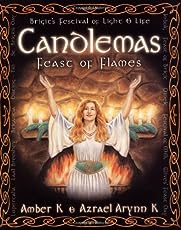 I just finished reading the book at left, which is primarily for those of the Wiccan persuasion; however, it fully explores Brigit's ties with St. Brigid/Bride with a lengthy account of the goddess, her symbols, and the similarities between herself and the saint. Since Candlemas is halfway between the winter solstice and the spring equinox, the day traditionally acknowledges the lengthening of the days and the lessening of winter's grip upon the countryside. Some of the symbols associated with Brigit and Brigid are snowdrops, sheep (lambing signifying the arrival of spring), and cows (freshening due to calving). The book also contains traditional recipes associated with Candlemas, end of winter, spring, and Ireland.

Groundhog Day stems from the belief in Germanic countries that the weather on Candlemas Day predicted the remainder of the season. Their "weather creature," however, was the badger!

The rhyme associated with this event is as follows: