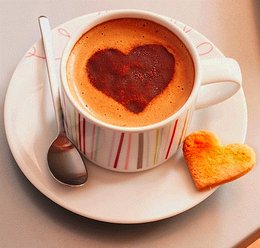 Valentine's Day has come and gone. This year I had some time to take with dinner, and when James arrived from work, he discovered dinner nearly ready, a card and a gift, and a menu in French. (Let me say I know very little French. Le Menu was courtesy of Le Google Translate. 😁 ) We had lobster ravioli in a butter sauce I cobbled together from ghee, Kerrygold, and Smart Balance, with flavored vinegars and a little sweetener (it, amazingly, came out pretty well) with a cucumber salad. (It was supposed to have tomatoes as well, but I ran out of room in the bowl.) For dessert we had three selections each from a box of dark chocolate only Russell Stover candies. I gave James a book about a fighter pilot and a stand for his cell phone; he gave me Red, White, and Who: The Story of Doctor Who in America, which I dived into like a heated pool and didn't come out until I was finished.

Chocolates were the reason I chose the following book for this month's Rudolph Day reading:

Christmas in Belgium by the staff of World Book Encyclopedia
I started collecting these with the resolve that I was going to only pick them up at book sales and was not going to get any of the volumes about Christmas in hot places. But then I couldn't leave Australia out and when you start a collection you want to finish it. So I am trying to assemble the rest of the collection from inexpensive online sources.

I was particularly interested in Belgium because they combine two different cultures, the Dutch-speaking Protestant Flemish in the north and the French-speaking Catholic Walloons in the south (with a substantial German population as well). This is a really nice volume because it talks about how the two cultures enrich each other. Like the Dutch, they still celebrate St. Nicholas Day, like the French they include santons in their Nativity scenes, which, the book tells me, dot the Belgian cities and countrysides. As in all the World Book Christmas volumes, they tell you how Advent, Christmas, and Christmastide is celebrated with food, the growing popularity of Santa Claus and Christmas trees, Advent wreaths, and special cookies called speculoos, which you can buy here in the US as "Biscoff" cookies.

However, there are several unique aspects included as well: there is a piece on the Christmas Truce of 1914 during World War I, the famous lacemakers of Belgium (lace ornaments being popular on trees), Belgian chocolates (said to be the best in the world; Godiva is a Belgian brand), post-Christmas customs like "Lovers Day" and the National Horse Show, and the story of Begijnhofs, small towns of women in the post-Crusade era that supported themselves.

This is an excellent entry in the World Book Christmas series.
Jotted down with a jingle by Linda at 1:13:00 AM 0 comments

The 40-day period before Easter is known as Lent, a time when Christians prepare for the Crucifixion and Resurrection of Jesus Christ. It is a time when you fast from all rich foods, and people who are participating in the fast usually eat last hearty treats like pastries, doughnuts, cake, and pie on the day before Ash Wednesday. That is why it's referred to in the US and in France as Mardi Gras, which means "Fat Tuesday." The most famous Mardi Gras celebration in the United States is held in New Orleans, where parades, social organizations called "krewes" who supply the floats for the parade, candy and beads glitter the day.

In England the day is called Shrove Tuesday, because the faithful went to church on that day to be "shriven" (confessed) of their sins and then took the next 40 days to do their penance. To use up all the fat in the household, traditionally pancakes were made, so it's now referred to as "Pancake Day."

Shrove Tuesday: What is It?

The Origins of Pancake Day

Pancake Day: Why Shrove Tuesday is a Thing - BBC News

What's the Meaning Behind Shrove Tuesday?