There is a myth that more people commit suicide during the holiday season than any other. According to "Psychology Today," "...[c]ontrary to popular belief, the suicide rate peaks in the springtime, not the wintertime. This is probably because the rebirth that marks springtime accentuates feelings of hopelessness in those already suffering with it. In contrast, around Christmas time most people with suicidal thoughts are offered some degree of protection by the proximity of their relatives and, at least in the Northern Hemisphere, the prospect of 'things getting better from here.'"

Nevertheless, sometimes Christmas comes during a moment of sorrow: a long hospital stay, an aging relative slipping away, family conflicts, the death of a pet—but especially if a family member or close friend has passed away. 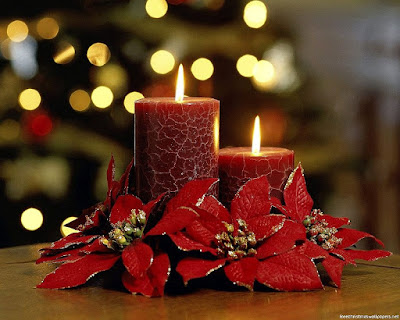 The 13th Gift, Joanne Huist Smith
When Joanne's husband Rick died several months before Christmas, it left the entire family adrift. Joanne could no longer sleep in their bedroom, eldest son Ben takes refuge in driving dangerously, middle child Nick disappears into his video games, and youngest girl Megan is the only one who seems to know that Christmas is approaching, keeping up a hopeful vibe even as she cries alone. Joanne simply wishes she could sweep the holidays under the rug and bury herself in her grief. Then, twelve days before Christmas, the family finds a poinsettia on the doorstep with a little rhyme attached intimating there will be other surprises to come.

This is a sad but hopeful little book, about twelve simple little gifts that became so much more. I have to admit I was a little angry at the mom. She had let her grief consume her so much that she didn't see how badly their father's death was affecting the children. I appreciated how devastated she was but also felt sorry for the children, who really needed the support. After my dad died my mom never forgot that I was hurting, too. But then I have never been in that spot and without children will never be; you never know how grief will affect someone. Thankfully they had relatives nearby that helped out some, but it seemed very touch-and-go with the two boys through most of the story.

Smith's story makes her grief and fears very real, and that both made me want to see what happened and yet at the same time it was hard to bear her sorrows. This might be a tough book to get through if you have suffered the loss of a loved one. Take heart: you will find out the origin of the gifts and what prompted them. Both heartwarming and affirming.
Jotted down with a jingle by Linda at 1:30:00 AM 0 comments