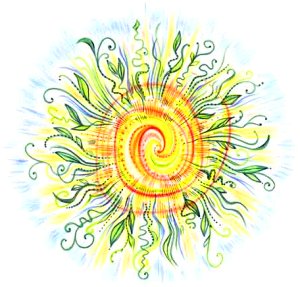 I'm in my usual hibernation for the summer, but still a word about Midsummer's Day.

Despite the name, Midsummer's Day is celebrated a few days after the summer solstice. It's especially popular in northern countries that experience long winters. Shakespeare's play A Midsummer's Night Dream references the celebratory practices of Midsummer Eve and Day.

Midsummer Day and the Summer Solstice

Midsummer Day takes place on the Feast of John the Baptist.

The history of St. John.

Best of all, tomorrow makes six months until Christmas. I could never understand why they have "Christmas in July" when the end of June is the halfway mark. :-) A couple of weeks ago I went to Barnes & Noble at Town Center, and, as I usually do, slipped into CD Warehouse to see what they had in used DVDs...not that we need anymore. I came upon the Blu-Ray version of Mr. Magoo's Christmas Carol. Now, I already have a copy of this on DVD, plus I bought the collected version of Christmas specials which also contains this story. But I've been in love with MMCC since its first broadcast (I don't actually remember the first broadcast; what I remember is the repeat the next year—I can clearly remember sitting on the burgundy plush sofa we had then, watching the clock, swinging my legs back and forth, and chanting "It's almost time for Mr. Magoo!" I was eight at the time.) and by the time of that second broadcast I practically had the songs memorized. (BTW, Mr. Magoo's Christmas Carol, not Rudolph the Red-Nosed Reindeer or A Charlie Brown Christmas, as people think, was the very first made-for-television animated special.)

Besides, it was only $10 and came with all the extras: a little commemorative booklet and an "autographed" still.

It's been sitting at the back of the sofa rather taunting me since then, and, although I really should be doing other things today, I couldn't resist putting it on. Last night I volunteered to write something for Joanna Wilson's Christmas in July 2013, and although I offered to do Mr. Magoo, it was already taken (I'm doing The Small One instead), and the combination of the two were irresistible.

The restoration is...wow. There are still a few bits of dirt on the print, but it's 99 percent pristine and the color is brilliant; in fact I had to turn the television from standard picture brightness to cinema because the colors are just so pure and bright. One of the things I've always loved about it is that, except for the framing sequence and the songs, the dialog is pretty much 98 percent directly from Dickens, and I always find myself chanting along with the best lines, including Scrooge's damning "If they would rather die, they had better do it, and decrease the surplus population," and Marley's “Oh! captive, bound, and double-ironed!" I watched it with the commentary and they talked to several of the animators and the voice artists, including Marie Matthews (who sings Young Scrooge's lovely "Alone in the World"), Jane Kean (Belle's singing voice), and Laura Olsher (Mrs. Cratchit).

(Aside: as a kid I considered "Alone in the World" "my" song. I was an only child and raised by older parents—Mom and Dad were 38 and 41 when I was born—and I never did like things my classmates did: I was more into Perry Como and Bing Crosby and Big Band than I was to contemporary music from the Beatles and Herman's Hermits; 60s fashions were anathema to me since what I really wanted was a skirt that swirled just like Loretta Young's. Miniskirts. Yuck! I felt myself not in synch with my generation a lot and "All Alone in the World" pretty much defined that loneliness.)

Sadly, there are very few extras besides the cool commentary: a couple of storyboard sequences against the final print, and Jule Styne and Bob Merrill singing the demo of "Ringle, Ringle" in accompaniment to the animation sequence, but the last is a peach, "From Pencil to Paint," showing the conception drawings and then the final cell, because it's accompanied by the lost overture music, which is absolutely fabulous. Styne and Merrill were seasoned Broadway composers (they later did Funny Girl) and each song is a gem: the opening night excitement of "Back on Broadway," the aching sadness of "Alone in the World," the menacing humor of "We're Despicable," the bright hope of "The Lord's Bright Blessing," the strong rhythm and rhyme of "Ringle, Ringle," and the plaintive song of lost love, "Winter was Warm." Even the incidentally music, often minor-key versions of the songs, is memorable. The creepy music accompaniment to the Ghost of Christmas Yet to Come is as chilling in 2013 as it was in 1963.

Serendipity is defined as "the art of happy accident" and this Blu-Ray version has been the best kind of serendipitous find.
Jotted down with a jingle by Linda at 2:14:00 PM 1 comments